In this short guide, we’re going to explore if gaming can help you attain a state of mindfulness or if it will do the opposite and kill your attention span.

As time goes by, it seems like the gaming industry continues to grow and expand into new domains, to the point that it’s almost impossible to escape the urge to indulge in a game. Of course, there’s nothing outwardly wrong with taking some time to relax and enjoy a game when you have some freedom, but our readers have recently brought up an important question.

We’ve received a few questions about whether or not gaming helps promote mindfulness, with some of our readers guessing that it may actually kill your attention span. We’ve decided to take a closer look at gaming and its link to mindfulness in this guide, and we’ll explore both possibilities in depth.

To make sure that everyone is on the same page, let’s take a brief look at what mindfulness is in the first place. In the simplest terms, mindfulness consists of being aware of your surroundings and knowing that you’re alive; taking the time to appreciate every breath of fresh air and every ray of light.

Mindfulness helps us center ourselves, and it helps us focus, and it is the key point of many different forms of meditation, especially the form with which it shares its name: mindfulness meditation. So does gaming help us experience everything more deeply, or does it do the opposite?

To give the most unbiased possible answer to the question, we’ll approach the issue from two different sides. One side will argue that gaming does help promote mindfulness, while the second argument will provide reasons why it kills your attention span.

Of course, whether or not gaming will promote mindfulness will depend on how you approach gaming and the types of games that you choose to play. There are many games out there that seem to have been developed with mindfulness in mind, and not giving them a chance is doing yourself a disservice.

Several different game genres fit in well with helping you attain a mindful state, and they’re usually less action-oriented. One of the most popular games in this category is Minecraft, which can admittedly have its stressful points, but you can also choose to play in Creative Mode.

In Creative Mode, Minecraft becomes an excellent experience for the mindful, and it allows you to do nearly anything you want in the game’s voxel-based world. Whether you want to create soaring temples or just enjoy the computer-generated scenery, Creative Mode Minecraft is something that needs to be experienced.

Of course, there are plenty of other games in which you don’t have to feel the burden of creativity, and you can just lean back and allow yourself to be absorbed by them. The underwater exploration game Abzu is another excellent choice in this category, as you discover a world beneath the waves.

If you’re looking for games that will keep you mindful, you’ll typically want to play something that doesn’t involve a direct objective. You don’t want to have an overarching narrative that is going to pull you out of the world, but instead a game in which the world itself is the narrative, and games such as these are becoming more and more popular.

The game needs to be conducive to helping you enter a flow state, and titles like Journey or even old-fashioned games like Tetris can achieve this. You don’t need fancy graphics to be mindful of the world around you; you need an experience that will draw you in without anything to jar you out of it.

That being said, there are plenty of games that can do the opposite, and prevent you from entering a state of mindfulness through their very design.

Some video games just aren’t suited for mindfulness, and while they may have their place, they simply do too much damage to your attention span. Some of the worst offenders in this category are mobile games, which are often designed to bombard you with ads until you pay up.

Nobody likes being spammed with ads, and a sudden pop-up can destroy your concentration when you’ve been fully immersed in a game. Immersion is they to mindfulness while playing video games, and if you keep being drawn out of your game to make the publisher a few cents of money, then you won’t be immersed.

Of course, there are other kinds of games beyond just mobile titles which don’t help promote immersion. Multiplayer shooter games that bring you back to the lobby every time the match ends also won’t end up immersing you and the frequent pauses will eat away at your attention span.

You’ll also want to avoid games that can make you frustrated, as being frustrated will only make it harder to achieve your goal of mindfulness. If you find the game too challenging, don’t be afraid to dial down the difficulty level (if possible), as that will help you avoid failures that can draw you out of the game.

Popular games usually involve some element of competition, but competitive games usually diminish your attention span through frequent deaths, defeats, or other disappointments. Even the best player is bound to lose at some point, and even when you win, you’re usually too caught up in the moment to be mindful of that victory.

As you can see, whether or not gaming promotes mindfulness will depend on the kinds of games that you play. If you keep your virtual experiences slow-paced and enjoyable, then there is nothing wrong with using gaming as a tool to help promote mindfulness. 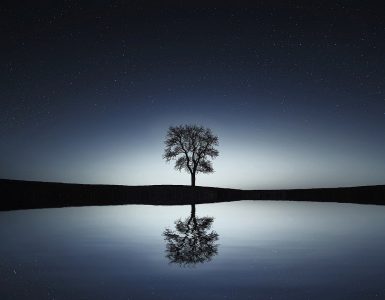 It isn't just meditation that can improve your mental well-being, there are plenty of mindful activities that can too. We take a look at 5 of them here, 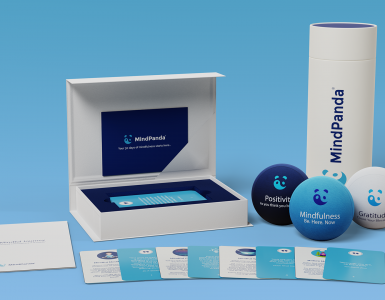 Looking for something to help your mindfulness practice? Then MindPanda has just the thing for you. 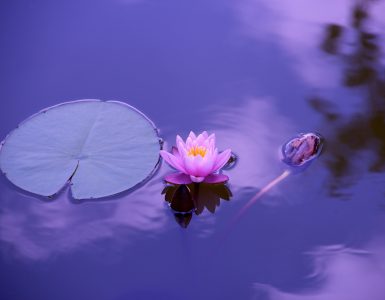 Kaizen: The Japanese Approach to Improving Your Meditation

Kaizen means taking small steps to make one big change. Read our guide and learn how applying this method to your life can make some positive changes.

Sound Baths: Everything You Need To Know

Don't be shy, get in touch. We love meeting interesting people and making new friends.

Do Nootropics Really Help You Focus?

The Craze Behind Vipassana Meditation

Meditating in the Morning or at Night: Which is Better?

Ayahuasca Retreats: A Guide on the Life-Changing Benefits of Ayahuasca

Getting in the Zone: 5 Ways to Snap Yourself Into Prime Focus

7 Tips for Centering Yourself in an Emergency

The 2 Main Reasons Why I Started Meditating

Parenting a Toddler: A Practice in Mindfulness

5 Ways to Relieve Stress When You Can’t Focus

How Your State Of Mind Affects Your Overall Health

Why You Should be Doing Tai Chi

How Meditation Helped Me Beat Addiction