Binaural beats can have an amazing effect on your state of mind. Find out here how listening to them can help improve your meditation practice drastically.

Binaural beats (the word binaural means “having or relating to two ears”; “bi” and “aural”) are fast rising in popularity. The sounds have been found to shape the brain’s activity, boost concentration, and enhance creativity and mood.

If you’re only recently discovering binaural beats and their effectiveness for improving mental clarity and health, you’ll learn more about this unique sound and how you can improve your meditation with it in this article.

What are Binaural Beats?

Binaural beats induce auditory illusion in our brain when two sounds that differ slightly in frequencies are played into each ear. These sounds synchronize to run rhythmically with one another.

When listening to binaural sounds on a good pair of headphones that are capable of playing different tones in each ear, they create an illusory middle tone for the brain. For example, when two guitar strings are tuned together, we naturally hear a slow pulsing beat between the notes of the two strings as the frequencies become closer.

Another example is simultaneously filling your left ear with a 500 Hz tone and the right one with a 510 Hz tone. An illusory third tone (middle tone) is created for your brain and that third tone is what is referred to as the “beat”. The frequency of the created third tone (beat) equals the difference in the frequencies being played.

So, if you’re listening to the two frequencies above, the “beat” (third tone) would be at a frequency of 10 Hz.

The Alpha brain waves are the quiet resting state of the conscious brain. They are associated with working memory, calculations, and thought coordination.

Possibly the least understood of the five brain waves, it is believed to be involved in integrating our thought processes by connecting information from different parts of the brain; active consciousness, optimum cognitive functioning, self-awareness, and possibly spirituality.

How Binaural Beats Affects the Brain

When our brains hear a middle tone because of hearing two different frequencies, as mentioned above, it follows the new frequency and produces brainwaves at the same rate of Hertz (Hz). However, the brainwave will only respond this way if it receives the sound frequency at the same time via the headphones.

Now, the idea behind binaural beats is that listening to them can increase the strength of certain brain waves throughout the brain. This increase will either enhance or suppress specific cognitive and emotional functions connected with different types of brain waves.

Traditional meditation can be difficult, but for a beginner, it can even be more challenging as holding the mind’s focus can be difficult on its own. Because of this, most people stop meditating after attempting to do so unsuccessfully for some time.

The brainwave entrainment from a binaural beat puts you in a meditative state more easily. It gives you the chance to not only use meditation as a tool for relaxation and spiritual practice but also as a tool for personal growth.

The best part? You have no need for any special skills or practice to maximize the benefits of binaural beats. All you need is a good pair of headphones and an MP3 player, phone or similar.

Getting Started with Binaural Beats Meditation

Most binaural beats, especially those specified for meditation, seek to bring about a particular state associated with traditional meditation.  The common states are the alpha, theta, and sometimes the gamma state.  Other beats are designed to induce sleep, aid weight loss (studies suggest that binaural beats may aid in weight loss), lesson anxiety, concentration, or study skills.

If you struggle with meditation, you may find binaural beats helpful. They design the tones to entrain the brain similar to how meditation does. You can find a variety of binaural beats meditation apps on iTunes or Google Play stores.

Also, just like in standard meditation practice, you can be seated or lying down when listening to binaural beats for optimum relaxation and concentration, both of which are important for entrainment.

Side Effects of Binaural Beats

Binaural beats are relatively simple, safe, and flexible techniques for altering or improving our brain’s functions. The volume and frequencies can also be personalized for individual use. However, despite its many benefits, one study suggested that listening to the beats may temporarily increase anger, confusion, and anxiety in some listeners.

However, these effects are often only temporary and can be avoided when you know what to look out for. You can then keep from listening to beats that can trigger those undesired states.

Also, because listening to binaural beats alone can distract some people, you can listen to them embedded in relaxing meditation music.

People who should not listen to binaural beats

While many will benefit from using binaural beats, there are certain people that should avoid using them. They include:

Again, watch out for beats that can cause the side effects above and stop using immediately if you experience any negative effect while listening to them. 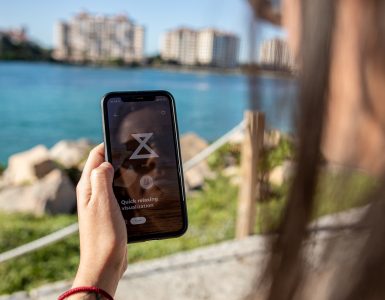 Fed up of your mind wandering during meditation? Well here is the answer. Read the full review of the Muse Headband that can hack your brain. 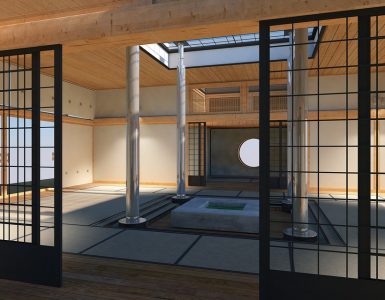 Sometimes we all need a sanctuary we can retreat to in times of stress. Why not create one in your own home? Here we talk you through how to create your own meditation room. 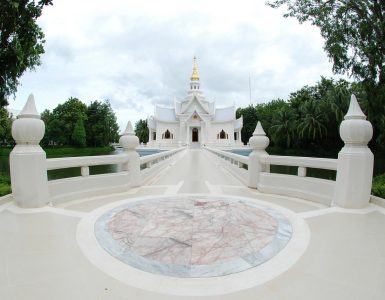 Ever been to a meditation retreat? If you haven’t, you probably have heard about them thanks to their increasing popularity. These retreats can be a great opportunity to improve your fitness, your awareness and enjoy...

Sound Baths: Everything You Need To Know

Don't be shy, get in touch. We love meeting interesting people and making new friends.

Do Nootropics Really Help You Focus?

The Craze Behind Vipassana Meditation

Meditating in the Morning or at Night: Which is Better?

Ayahuasca Retreats: A Guide on the Life-Changing Benefits of Ayahuasca

Getting in the Zone: 5 Ways to Snap Yourself Into Prime Focus

7 Tips for Centering Yourself in an Emergency

The 2 Main Reasons Why I Started Meditating

Parenting a Toddler: A Practice in Mindfulness

5 Ways to Relieve Stress When You Can’t Focus

How Your State Of Mind Affects Your Overall Health

Why You Should be Doing Tai Chi